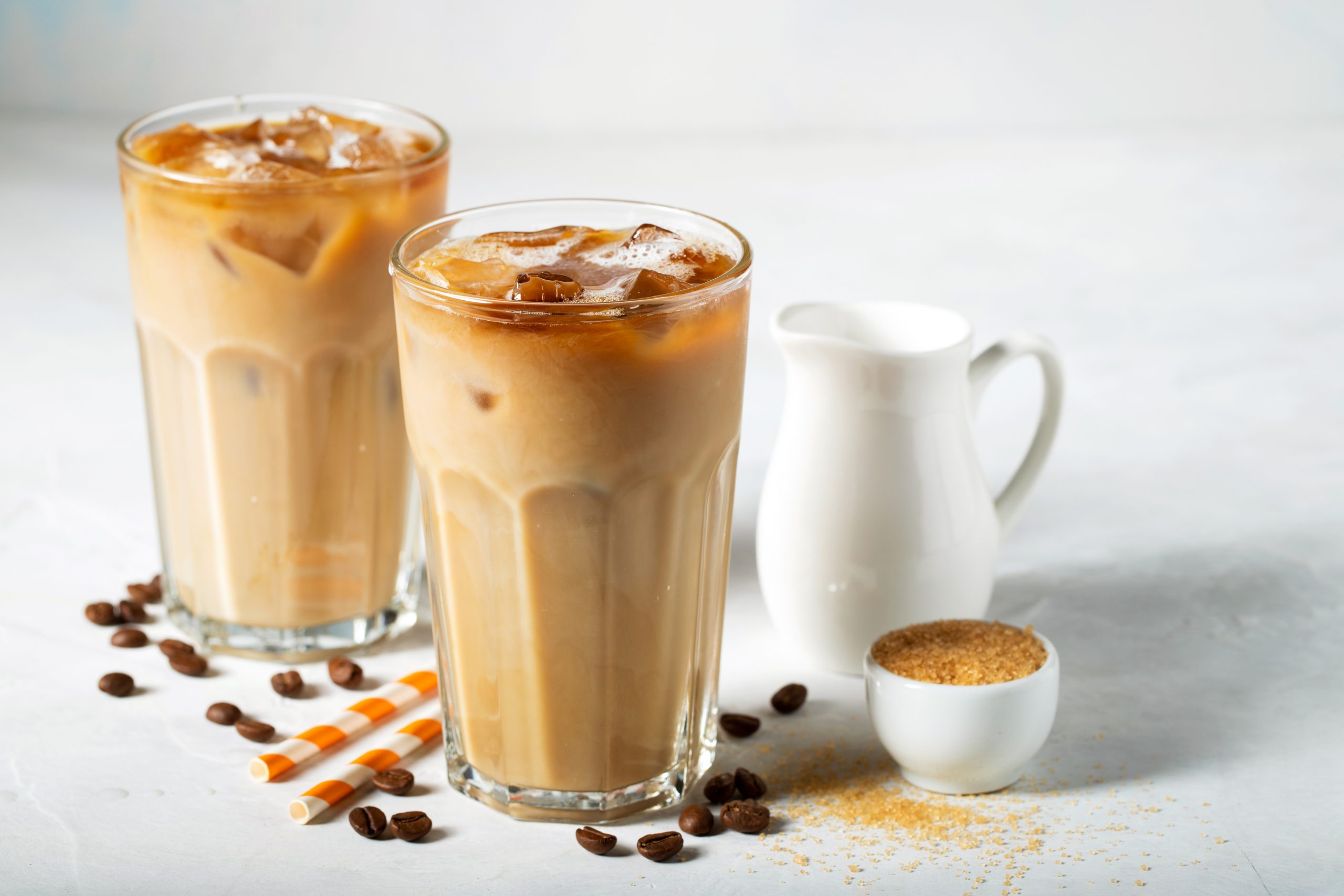 I first heard about cold brew coffee from Starbucks. I remember trying it and finding it refreshing and quite enjoyable.

Confession time. After trying it that time, I never dove that deep into the topic until I recently decided to start making my own. Because typically I have coffee at home anyways. So I didn’t give cold brew much thought. All I knew is that it was supposed to be less acidic, being a better option for those with acid reflux.

But I also live in Florida. Meaning that it’s summer almost the 365 days of the year. Sometimes a girl just wants something more refreshing. So why not make my own cold brew coffee? Plus I love conducting kitchen experiments. 😉

One of the first things I learned was that cold brew and iced coffee are not the same thing. Which sounds obvious now, but not when I started my research. And it all comes down to the temperature of the water you brew in and the brewing time.

In cold brew coffee, you use room temperature water (or colder) and leave the ground coffee brewing for 8-24 hours. From what I read, no need to go overboard in the brewing time though. The eight hours seems to be enough to get the flavor and caffeine.

Now let’s talk iced coffee. Well, this is basically hot brewed coffee where hot water is used to brew and it’s ready in a few minutes. The last step of making iced coffee is just adding your ice to serve.

OK, so if you are drinking both coffees cold, why pick one brewing method over the other?

The Battle of The Brews

To get to the bottom of the differences between hot and cold brew, I decided to check out the science. If I am being completely honest here, doing this initially confused me further. Because brewing coffee is not just about knowing the amount of ground coffee per water that you use.

Brewing coffee is about the roast of the coffee bean (light, medium, dark), coarse vs fine ground, water quantity, water temperature, and brewing time. These factors can all play a role in the aroma, flavor, caffeine amount, and acidity of your cup of coffee.

Saying that a brewing method produces a less acidic product, is a bit simplistic. Because to reach such conclusion, you have to standardize your samples to make a fair comparison. Meaning that you have to pick the same coffee beans to even begin – the same coffee bean origin, the same roast, and grind it the same way. You also have to standardize the amount of water and coffee used. So that the only variables that change are the temperature and brewing time.

What I found in my research is that temperature does affect the water solubility of certain compounds. Meaning that the composition of your coffee when brewed using heat vs no heat is different. Here’s how.

Cold brew and hot brew both seem to have similar pH levels, which is the method typically used to test for acidity. At the same time, hot brewed coffee does seem to extract more acidic compounds as well as antioxidants.

This one was a bit tricky to find a direct answer to. When both types of coffee brews were standardized, the caffeine amount in hot brew and cold brew seem to be similar. BUT, when we take this experiment to real life, the amount of coffee that we consume when having a refreshing cold brew on a hot summer day, can be a lot greater when compared to your latte.

The flavor and aroma of your coffee come from the compounds formed during the roasting process of the coffee bean that are then transferred into your cup through brewing. Since the chemical composition of hot brew coffee is more diverse and in a way more complex, it can explain how we perceive the difference in flavor when comparing hot brew vs cold brew coffee. Cold brew is typically described as being a bit sweeter and more floral.

Which Brew Is Best?

When it comes to nutrition, it’s never black and white. Because our bodies process food and nutrients differently. That’s why some people have sensitivities or allergies to certain things. There are some aspects that we can all agree on: we should eat more fresh and homemade foods instead of processed and we should also limit how much sugar we have every day. But nutrition is a very unique and personalized experience. And the best person to say what works and what doesn’t is you.

Hot brew coffee is a great option if you enjoy a warm (or iced) beverage with a more complex flavor that will also give you your caffeine dose and antioxidant boost. Cold brew is refreshing and has more of a fruity/floral flavor. It’s great for those that don’t have much time in the morning since you can prepare it as part of your weekend meal prep and have it ready to go during the week.

Do what works for you and pay attention to how food/drinks make you feel. Also, don’t be afraid to try new things and switch up the routine!

Want to learn how to make cold brew at home? Check out the video below! It’s surprisingly simple and low maintenance.

This site uses Akismet to reduce spam. Learn how your comment data is processed.